KITCC > About Us
About Us

Our Mission - A Thalassaemia Free Society

The main objective of KITCC is to eradicate Thalassaemia from Pakistan by creating awareness and motivating people for the adoption of preventive measures and to facilitate families with Thalassaemia children, in the diagnosis and treatment of their ailing child on no-profit-no-loss basis without any consideration of creed, caste, status, religion or language.

Eradicate Thalassaemia Disease from our beloved country, Pakistan. To achieve this mission, we have set three distinct Objectives as under:

We are passionate about collecting blood and making it available for every needy patient. Our compassion for human sufferings is the major factor that drives us towards excellence to provide prompt and quality services to the society. We partner with our Donors in pursuit of our mission to save lives.

Mr. Muhammad Iqbal, also known as Kashif ke Abbu, is a strong man whose name is included in the prayers of many Thalassaemic patients and their families. Many years ago, he had lived a happy life married to the hearty Kaneez Iqbal since 1977 (who later became the VC of KITCC), with a flourishing  career at Pakistan Steel Mills, in Karachi. In 1980, their lives took a serious shift when their beloved son Kashif Iqbal was born and he was diagnosed with “Thalassaemia Major”.

So began the journey of three determined people. Muhammad Iqbal and Kaneez Iqbal did their best to provide treatment for Thalassaemia to Kashif in Pakistan for his early 5-6 years. In 1994, they took Kashif to Cyprus and UK for Bone Marrow Transplant (BMT), hoping for the permanent cure.

Kashif knew first-hand the harsh troubles and the pain they all had faced during his lifetime. Therefore, he wished his father to continue the battle for other thalassemia patients, since, “This disease is a test which can be prevented and cured with a simple blood TEST.”

In 1996, during his treatments for the cure of Thalassaemia in London, UK, Kashif left us with his remarkable will and fighting spirit. Kashif Iqbal Thalassaemia Care Center, widely known as KITCC, was established in his memory and remembrance in the room belonging to Madam Shehzadi Begum, after his last services. Muhammad Iqbal and his wife Kaneez Iqbal, along with their highly supportive UK friend, M. Zafar Khan, Mah Para Iqbal and Madam Shehzadi Begum (mother of M. Zafar Khan) started their life’s mission to create awareness for Thalassaemia in Pakistan. At that time, as well we had more than 100,000 patients across the country.

The mission and wish of Kashif Iqbal about making Pakistan Thalasseamia Free is still continuing. With absolute faith in Allah Subhaanahu WA Ta’ala and the strong support of the people who believe that every SINGLE LIFE IS WORTH SAVING! SO HELP US SAVE LIVES! DONATE AND EMPOWER US WITH YOUR SINCEREST LOVE TO SAVE LIVES! 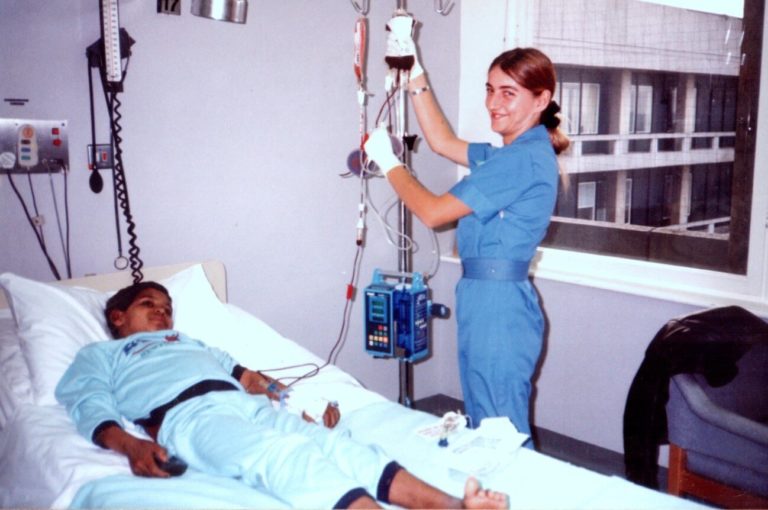 Kashif Iqbal Thalassaemia Care Centre, Trust (KITCC) was founded in 1996 by Mr. Muhammad Iqbal who lost his only son, Kashif Iqbal at the age of 16 due to the disease of Thalassaemia.